20 Orange-bellied parrots were released near Werribee and Avalon this week, as part of the Victorian Department of Environment, Land, Water and Planning (DELWP) and Zoos Victoria’s joined efforts to save the critically endangered bird.

After only four-years, the breed-and-release program is showing encouraging signs of success, with wild flocks of up to 10 orange-bellied parrots spotted in Victoria for the first time in over a decade. 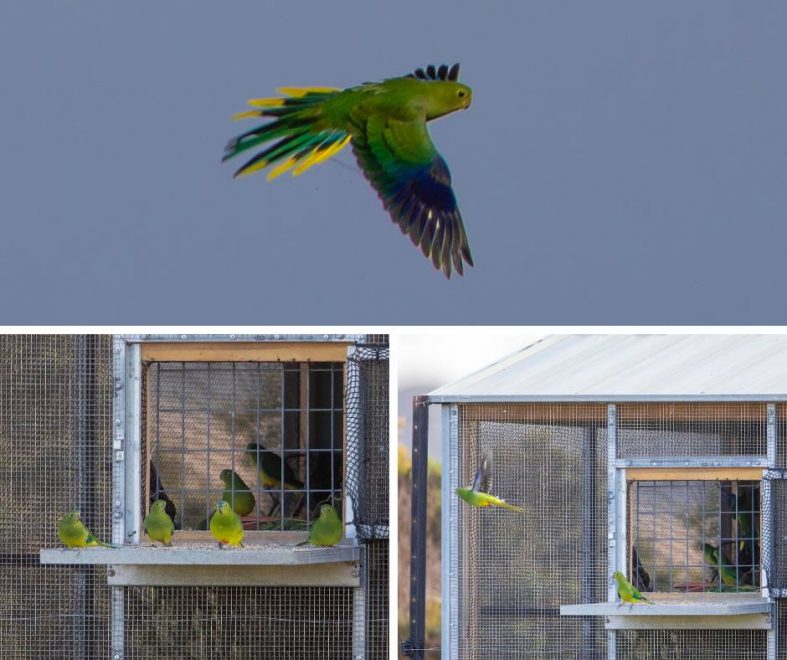 Orange-bellied parrots are migratory, travelling more than 1000 kilometres each year from their breeding area in south-western Tasmania to the Victorian and South Australian coast, and then back again.

The release of captive-bred parrots on the mainland aims to establish a flock of Orange-bellied Parrots in suitable habitats in Victoria, who will (hopefully) attract migrating wild birds to these locations.

The news comes via announcement from DELWP’s Facebook page:

It’s hoped the benefits of flock life give the migrants a better chance of surviving the winter and returning to Tasmania for another breeding season.

This innovative project is designed to boost the wild population of the critically endangered species.

We’ve been covering the struggles of the Orange-bellied parrot’s conservation program for some time here at Aviculture Hub. It’s great to finally see some positive news for the species’ future.