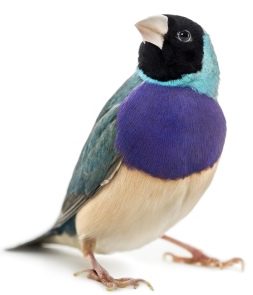 Breeding Season A specific season of the year in which a species will usually breed to ensure that offspring are produced only at a certain time of the year. Usually spring or autumn/fall.

Brood Parasite
Brood parasites are birds that rely on others to raise their young. Eggs are deposited into the nest of  a host species, who then hatches and raises the young – often to the detriment of their own eggs.

Clutch
All the eggs laid in a nest by a pair of birds at a single time. When hatched, that collection of offspring form a “clutch” of young.

Colony
A group of three or more pairs of birds of the same species who share a single aviary.

Colony Breeding
Housing three of more pairs of a single species in one aviary, often to minimize space consumption or encourage cooperative rearing of young.

Courtship Display
A dance-like ritual, display or chase that a bird (typically the male) will use to attract a mate of the opposite sex.

Egg Binding
A condition in which an egg becomes stuck in the hen’s vent, usually caused by out-of-season breeding, cold weather, or poor nutrition. Can be fatal if not treated immediately.

Fledge
“Fledging” occurs when a chick leaves the nest for the first time.

Fledgling
A young bird that has only recently fledged. It is typically still dependent on its parents for food and protection.

Hatchling
A chick that has only recently hatched from an egg.

Mixed Collection
A name given to a cage or aviary that contains multiple different species of bird. Finches are most commonly housed in this manner.

Moult (Molt)
The process by which a bird sheds its feathers and replaces them with new ones. Often occurs seasonally, yearly, or every few years.

Mutation
A feather color variation that has developed through selective breeding. Some are naturally occurring.

Nest Inspection
The act of looking inside a bird’s nest to observe eggs or young. Can cause some birds to abandon the nest.

Nesting Material
A material, typically grass, that is provided to birds for the purpose of nest construction.

Pure Normal
A bird that possesses no color mutation and contains no mutation genes. Often the offspring of recently wild-caught birds, but sometimes achieved through careful breeding and meticulous genealogical record-keeping.

Sexing
Determining the gender of a bird using visual or behavioral cues. Some species require a DNA test to accurately sex.

Wild Type
A bird that is visually identical to wild birds of the same species. Often used interchangeably with ‘pure normal.’